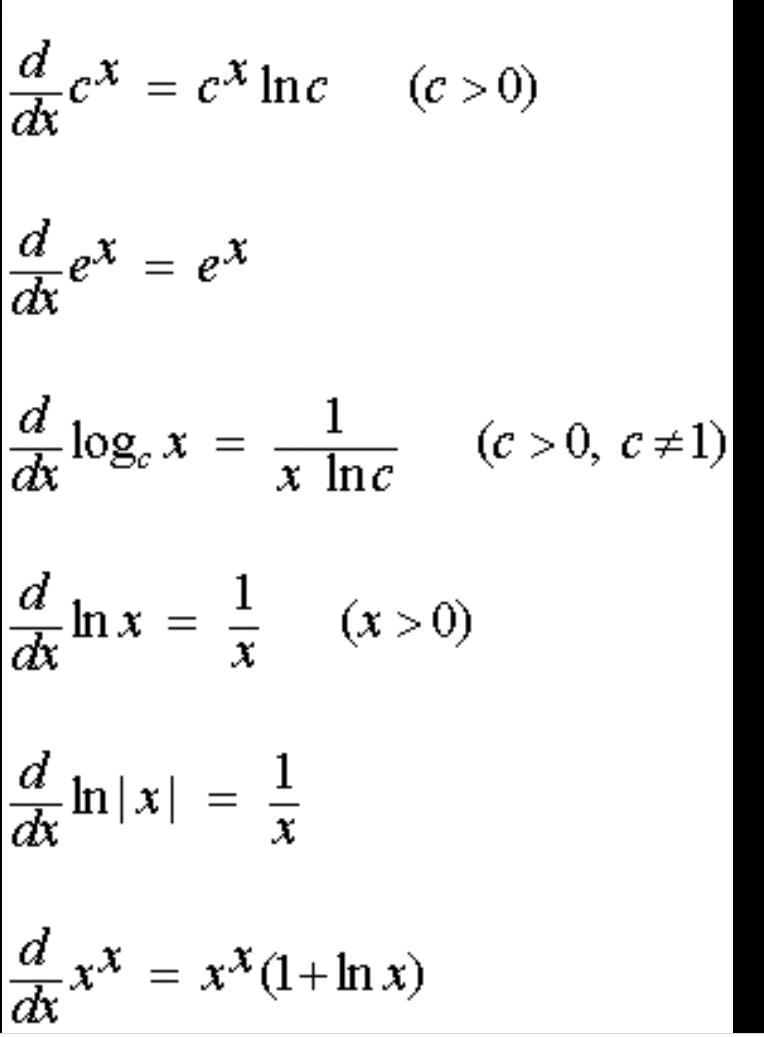 On the page Definition of the Derivative, we have found the expression for the derivative of the natural logarithm function y=lnx: (lnx)′=1x. Now we consider the logarithmic function with arbitrary base and obtain a formula for its derivative. Δy=loga(x+Δx)−logax. Note that the exponential function f( x) = e x has the special property that its derivative is the function itself, f′( x) = e x = f( x).

In mathematics, the trigonometric functions (also called circular functions, angle functions or goniometric functions[1][2]) are real functions which relate an angle of a right-angled triangle to ratios of two side lengths. They are widely used in all sciences that are related to geometry, such as navigation, solid mechanics, celestial mechanics, geodesy, and many others. They are among the simplest periodic functions, and as such are also widely used for studying periodic phenomena through Fourier analysis.

The trigonometric functions most widely used in modern mathematics are the sine, the cosine, and the tangent. Their reciprocals are respectively the cosecant, the secant, and the cotangent, which are less used.